The high desert village of Seligman, Arizona, A seemingly endless collection of classic cars and Route 66 symbolism scrolls past both sides as I roll down the main drag; this must be the legendary highway’s spiritual heart. But why this place? The answer lies with the story of the Angel who resurrected Route 66 from the dead. This is his home.

Near the end of 1984, the last very last segment of Route 66—about 45 minutes east of Seligman, around Williams—was bypassed by Interstate 40. The entirety of Route 66 was decommissioned the next year, and the 66 shield disappeared from maps.

The extinction of Route 66 hit small communities along the now-vanished route hard. Many of these towns and hamlets had long depended on visitors as their lifeblood. The creation of Interstate 40 , which bypassed many of these places, began starving them of this lifeblood; the end of Route 66 choked it off near enough completely.

Watching his town wither spurred Seligman’s Angel Delgadillo to action. A barber by trade, he helped create an organization called the Historic Route 66 Association of Arizona, its first meeting held just two years after the route’s decommission. His effort, along with that of others, breathed life back into the old road and kept it from fading into the forgotten past. It was no longer an official route—but began to return in ever greater patches as Historic Route 66.

Seligman is more or less a sprawling, open-air museum dedicated to the legend of the Mother Road. In every direction I look, my gaze lands on a Route 66 shield. The town seems entirely encrusted with them, as if they are literal shields with which this place protects the old highway against the threat of obscurity. 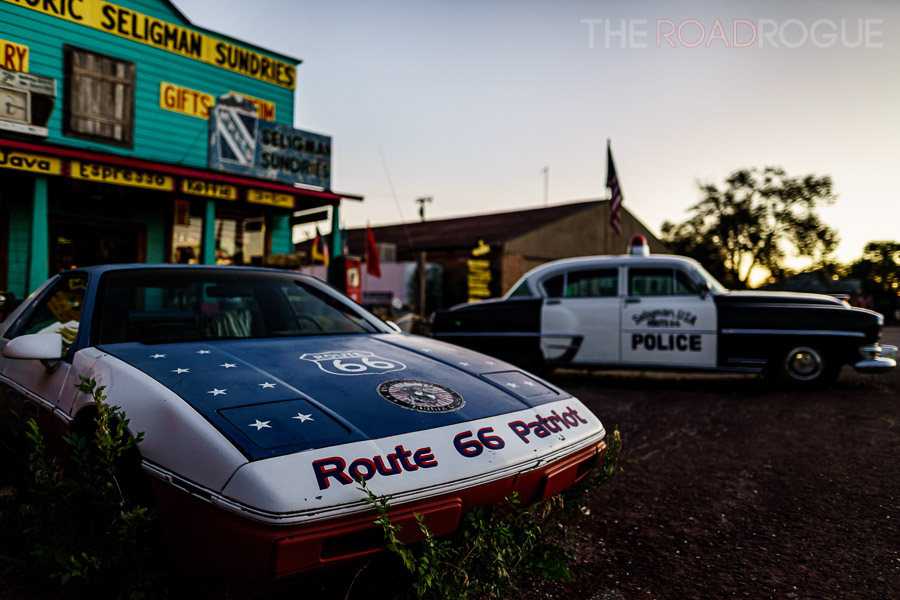 The saga of Route 66 is not only about the road itself, but also about the machines that have travelled it. A heavily graffitied vintage Volkswagen Microbus greets visitors at the Copper Cart restaurant. An ancient 1954 Chrysler New Yorker patrol car stands an eternal vigil next to a heavily tatooed ’80s Pontiac Fiero, just outside Seligman Sundries. Down the street at the Romney Hotel rests a 1952 Packard 300, its paint faded but its chrome glistening. 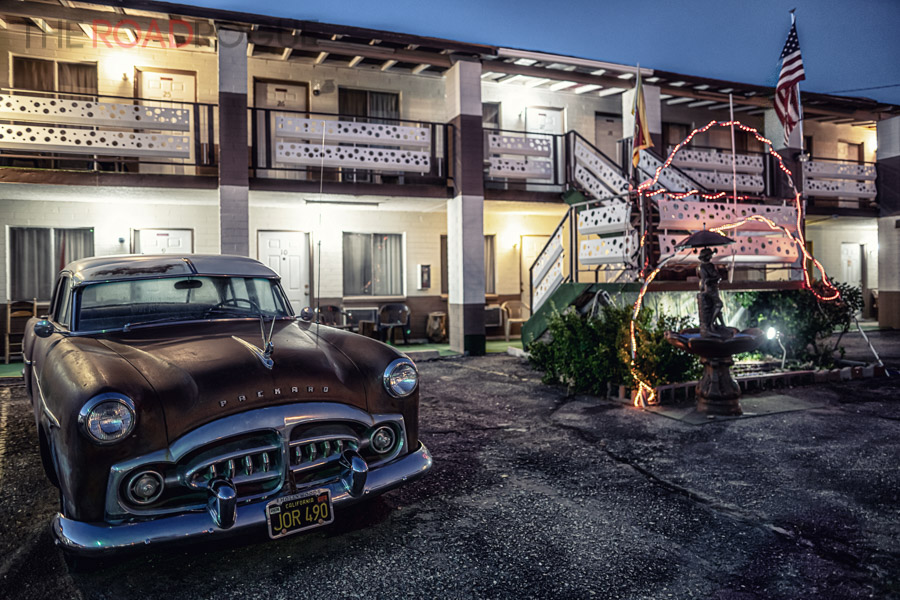 The most well-known of these ancient relics is probably back at Seligman Sundries: a red Ford tow truck, dressed up to resemble Mater from Pixar’s Cars. The others are likely not as famous, but just as impressive as metallic monuments from a time when chromium-clad vessels sailed down the nations narrow blacktops.

Outside town, not far from where this old alignment of Route 66 meets Interstate 40, stands a sign that claims Seligman as the “Birth Place Of Historic Route 66.” Whether birthplace of the historic version, or site of the original route’s resurrection, I wager I will not come across another place with as much veneration for an old road.