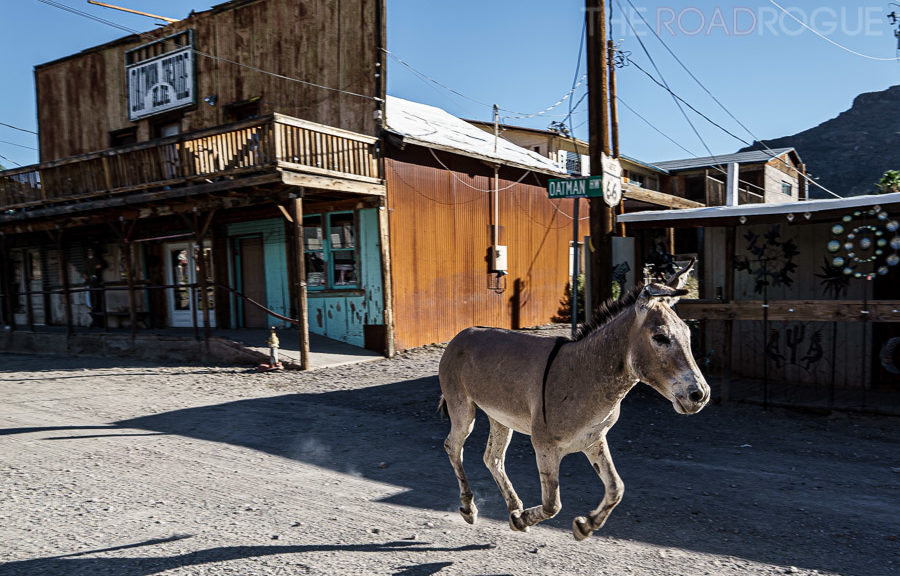 I mosey in under the early morning sun to find the old Wild West mining town of Oatman, Arizona wide awake, with its residents cavorting wildly in the street. The towns appears to be inhabited entirely by wild burros, with no humans in sight, save for a single Austrian sporting a Civil War-era Confederate soldier’s cap.

Oatman sprang up in the 1860s as a Mojave desert gold-mining town, and it makes no effort to hide its heritage. Wild West facades and signs cover the buildings down its dirt-covered main street. A stage coach sits atop one storefront’s porch roof.  Even the mining industry that birthed the town is still in operation and can be seen from  the road—road, singular—leading into and out of Oatman. Unlike other mines in Arizona, most of which bear copper, the Oatman mines find a yellow metal more commonly associated with its neighbor, California: gold. Though there are indeed functioning mines nearby the town itself has transitioned from extracting gold from the ground to extracting it from tourists, and a long row of art galleries and gift shops aids the town in its task. But the stores remain shut this early, and I am left with the wild burros, and the Austrian. The Austrian and I are both transfixed by the equines. These small, free-roaming donkeys roam parts of the west, including the western edge of Arizona, and are descendants of the pack animals brought to this region during the 1800s. Like feral cats, pigs and wild horses, they are domesticated, but wild.

This particular herd of burros are frisky, but affable, and one or two are curious enough to approach me for food, which they may be expecting—though feeding is now discouraged and can apparently incur a fine. 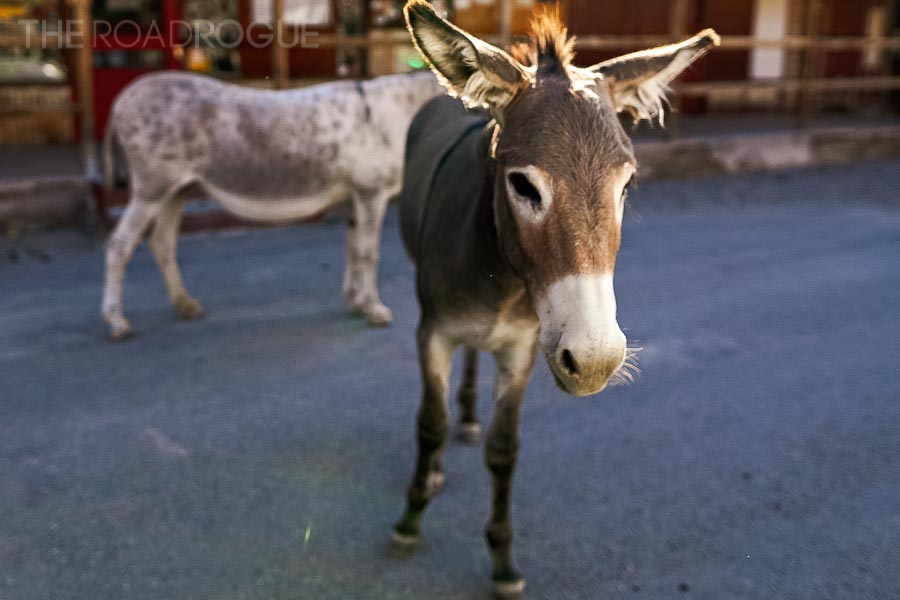 The sun climbs, and the rest of the town stirs now; I feel it might make a spirited, perhaps successful run at trying to liberate my gold from me when its doors finally open. I mean to be a trail of dust before they do.