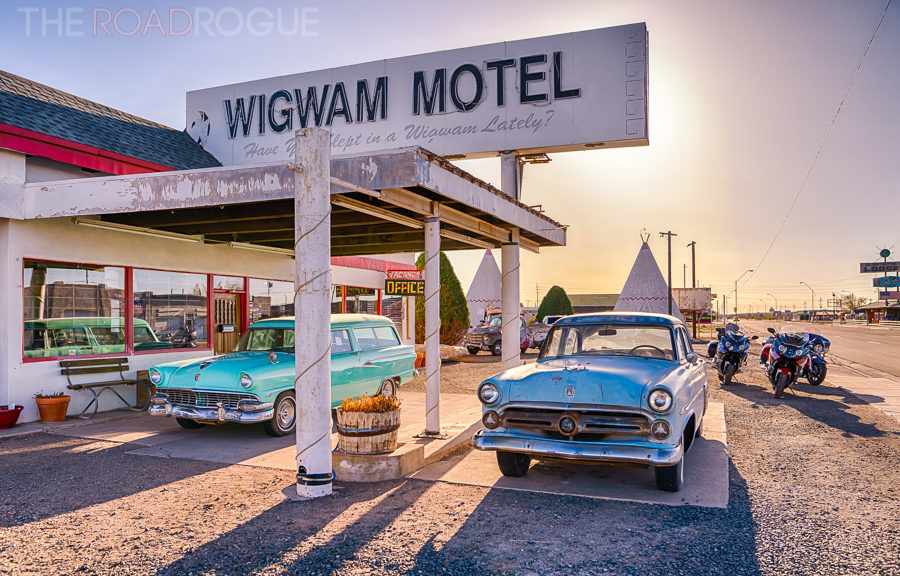 Dinosaurs have sprung an ambush  as I turn onto the streets of downtown Holbrook. The block is overrun with these giant thunder lizards, their mouths agape, dripping saliva. I may be imagining the saliva.

Dinosaurs dominate downtown Holbrook because this area lies at the gateway to the Petrified Forest, and its collection of ancient fossils. The dinosaurs are fearsome—though strangely sedate—and I keep my distance. In any case, I am here for a very different sort of ancient fossil: those of  giant tipis and forgotten cars. 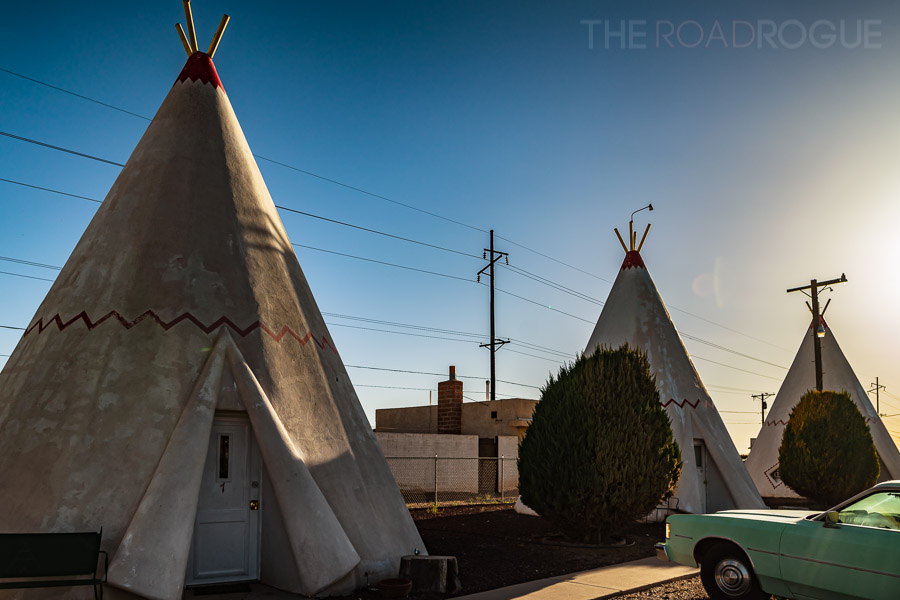 The Wigwam Motel in Holbrook is one of only three remnants of a chain of seven of these motels that once stretched across the land. Only two of the existing three are on Route 66, the Holbrook outpost, and one in Rialto, Southern California. The third is in Kentucky.

The motel is a striking panorama. Classic American cars fill random spaces in the motel’s wraparound lot. Along the perimeter, rooms shaped as giant tipis pierce the blue sky. Yes, these rooms look like the sharp-topped tipis, rather than the rounded wigwams. The reason for the confusion is a mystery.

As if the treasure trove of classic cars in Seligman was not enough, there appear to be even more here. As as I wander through this tumbledown monument to Detroit steel it begins to dawn on me that, astonishingly, there may be more classic hulks per square foot here at the Wigwam Motel than in any other place in the country. This is almost certainly the Mother Road’s greatest static gathering per square foot. 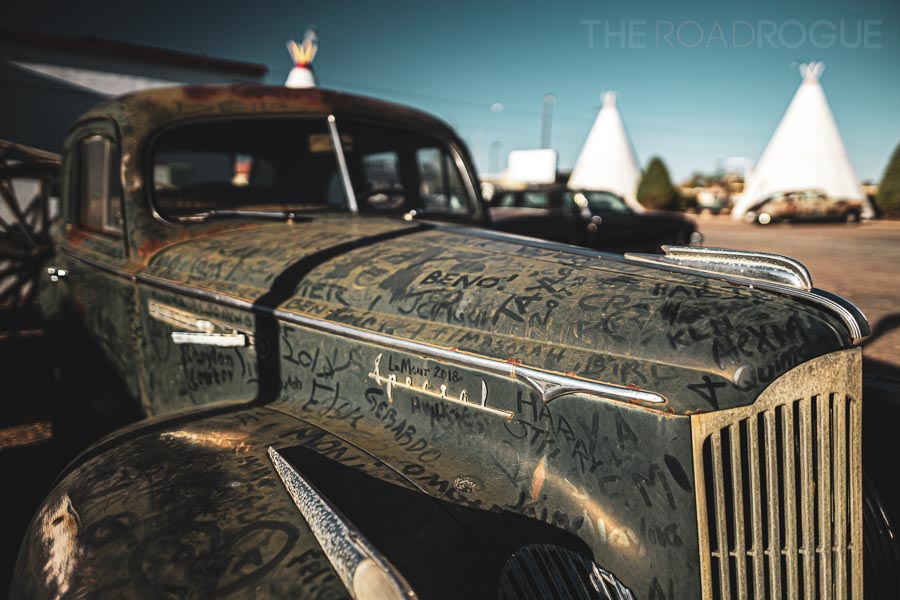 I am able to mark a few archaic models as I stride through. An early ‘50s Pontiac Laurentian. A ‘40s Packard 110 Special graffitied in dust. A 1956 mint green Ford Parklane wagon and a 1952 Ford Customline guard the motel’s entrance. Behind them is a an old Studebaker pickup, and behind that stands a pair of tow trucks: a fire-engine red Chevrolet, and an ancient, rusted-out Dodge. Both are spiritual twins of the Mater Ford tow truck in Seligman. 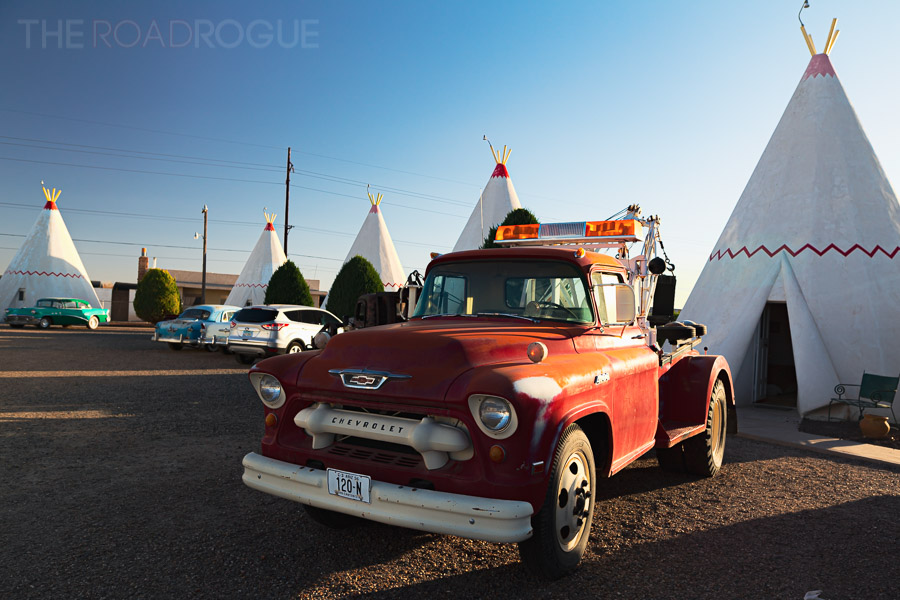 I exit as the sun plunges below the horizon, a roguish grin across my face as I slip past the dinosaurs. I have not seen the last of them.