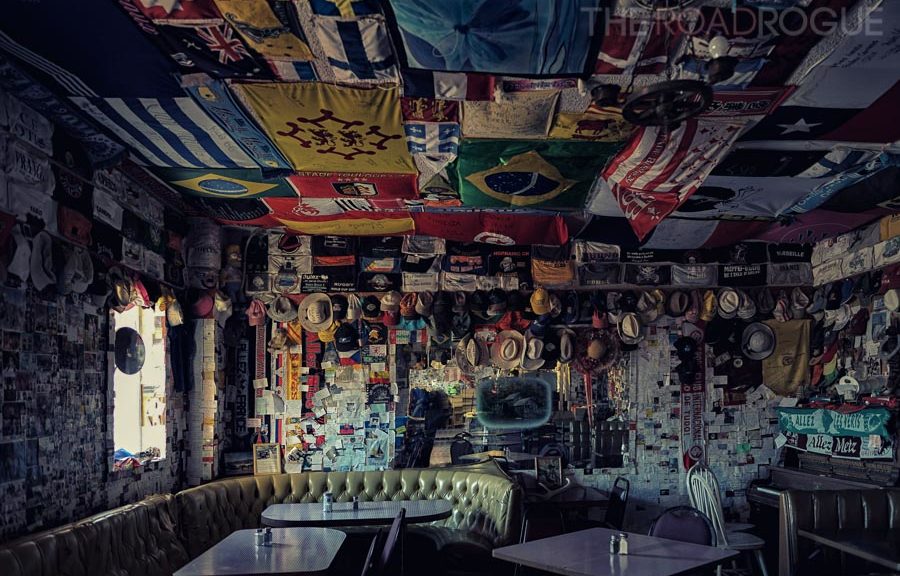 I arrive 10 minutes before closing. Three peculiarities greet me at the lonely Bagdad Cafe. The first is the cafe’s alpine roof jutting up from the middle of the snowless Mojave desert. The second is a realization, as I roll to a stop in the dusty dirt surrounding the diner, that the Bagdad Cafe is not, in fact, anywhere near Bagdad. The third anomaly is revealed as I walk through door, just as a pair of Germans exits the cafe: This strange alpine hut is a raging hotbed of international activity.

I am too late for food, but there is coffee left. As I drink it, Emily, the weather-beaten woman manning the joint, tells me she designed some of the diner’s ambience herself. The shack is wallpapered with notes from all over the world. Flags cover the ceiling. A family from Barcelona, the only other people still here, sit against the side wall. They do not understand a word I say, save my question about where they are from. A stack of thick books in a corner, as tall as a man, is filled with the names of visitors from around the globe. 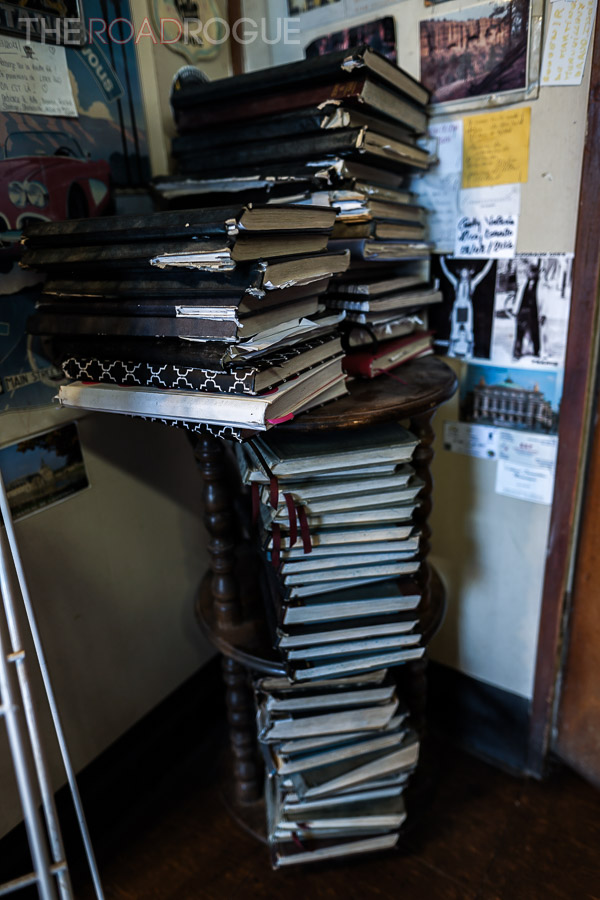 Much of Route 66 teems with international visitors. But the Bagdad Cafe’s world-wide fame is exceptional and distinct. Its mystique comes from a 1987 German movie of the same name, filmed in this diner—which at that time was called the Sidewinder Cafe. In the decades since, the movie gained a growing international cult following, especially in Germany and Japan (why the movie is a cult hit in Japan is not apparent to me).

Even the location of the Bagdad Cafe is an anomaly; it is not in bagdad, California, but instead 52 miles down the road in Newberry Springs, and was apparently moved wholesale from its original location in Bagdad. There is not much else in Newberry Springs. Bagdad, further east toward Amboy, is nothing more than a dirt road to a graveyard. I drain the last of  my coffee. Outside, I am overcome by the troubling sensation I have been here before, maybe years ago, or in a dream perhaps. The abandoned motel I seem remember once stood here is gone, leaving crumbling foundations and a large sign that reads MOTEL, the only testament it ever even existed. 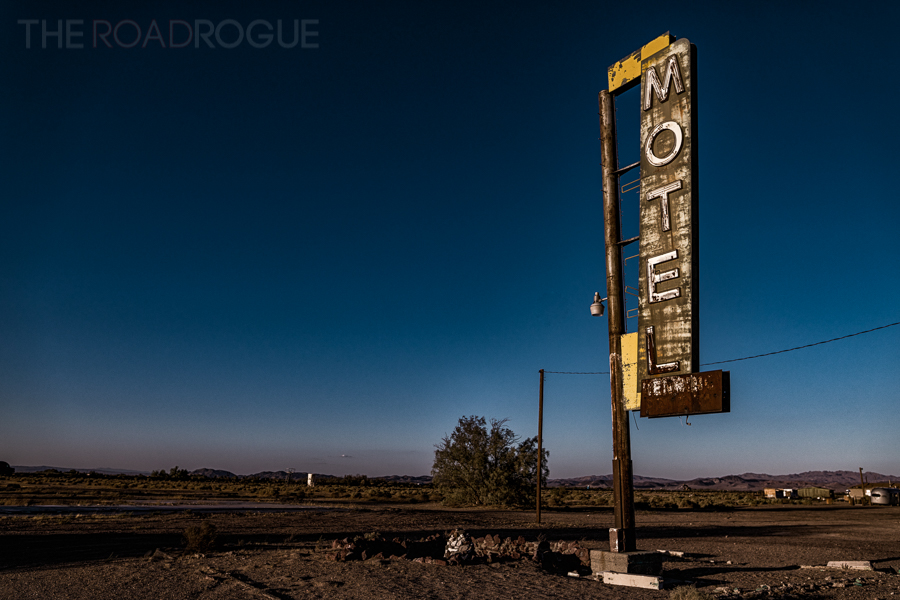